Solder Bar is located about four miles upstream from the confluence of Big Creek and the Middle Fork of the Salmon river.  It is a difficult backcountry airstrip perched high on a bench overlooking Big Creek, with a steep drop-off at the end of runway 25.

Although the runway length is listed at 1600', there are two sizable bumps and a dog leg that make the useful length something like 1200'.

The strip sees most of its traffic during the fall hunting season.

There are no tie-downs so bring your own.

The landing and takeoff at Soldier Bar can be bumpy and challenging.  On landing, the bumps can throw the airplane back into the air and the quickly approaching curve at the far end of runway 25 can look menacing.  A go-around is not recommended and probably not feasible.  On a positive note, the bumps and uphill slope tend to eat up much of the plane's forward momentum.  After landing, it may be necessary to add power in order to taxi up the slope at the end of runway 25 for the turn-around.  While taxiing back to the parking area, heavy breaking may be needed on this downhill portion of the runway to limit the plane's taxi speed.  On takeoff, there is a downhill curve to the left to negotiate so power management is something to consider.  Some pilots hold off on using full power until coming out of the curve.  Also on takeoff, the first bump encountered coming into the straight portion of the runway can momentarily launch a plane that is not necessarily ready to fly and it may settle back on to the runway, so keeping the plane aligned with the narrow runway is important.  On the positive side, the steep drop-off at the departure end of runway 7 instantly adds several hundred feet of altitude as the plane departs over Big Creek (see photo).  In the summer, an early morning takeoff can be hindered by poor visibility due to glare from the sun's low angle mixed with dust lingering over the runway, kicked up by the plane taxiing to the takeoff end.  The runway can be difficult if not impossible to see at a time when you need to be able to see the curve and straight-a-way.  Sometimes waiting for 5 or 10 minutes at the takeoff end gives the dust a chance to settle.  It is recommended that first time pilots receive instructions prior to landing at Soldier Bar.

Camping
A flat, grassy area of the end of runway 25 is suitable for airplane parking and tent pitching.  Water is available from Eagan Creek.  There is also a pit toilet.

A trail from the east end of the airstrip, near the airplane parking area, leads downhill about 0.5 miles to Big Creek and a place to ford the creek in late summer/early fall.  The main Big Creek trail system is across Big Creek.  A 5 mile hike downstream goes through a spectacular gorge below Soldier Bar and on to the mouth of Big Creek at the Middle Fork.  The trail upstream goes to Cabin Creek and beyond.

There is a steep trail that goes up the mountain about 3 miles to Eagan Point which has good views of the Big Creek drainage.  The trail is only used in the fall during hunting season and is difficult to find in the summer.  The trail starts on the south side of the airfield about mid-field and has numerous switchbacks.  It levels out in a meadow about a mile from the airstrip, crosses the meadow in a southerly direction, and picks up again on the steep mountain side beyond the meadow and continues to Eagan Point.  Good luck in finding the trail! 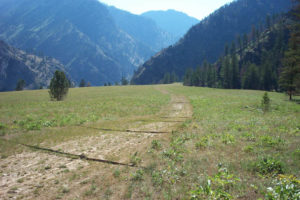 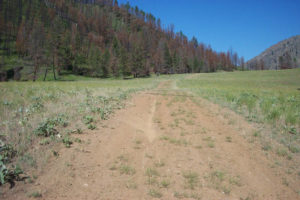 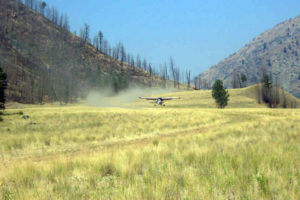 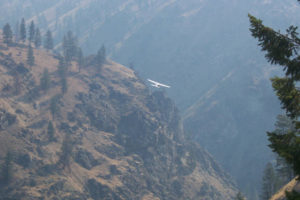 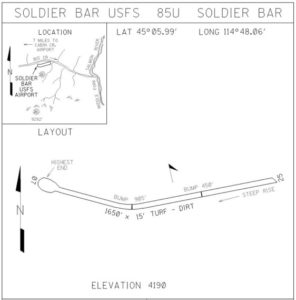 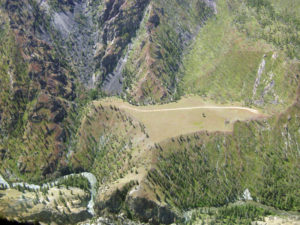 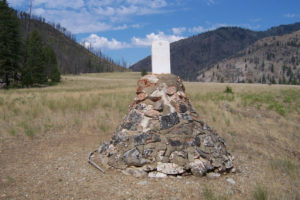 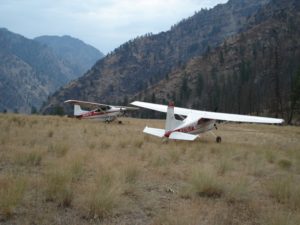 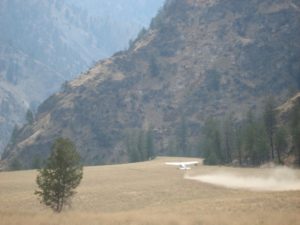 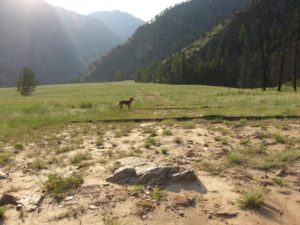 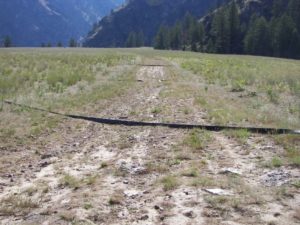 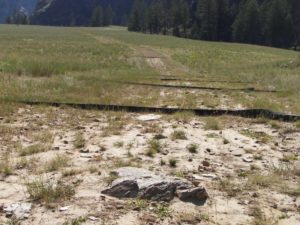 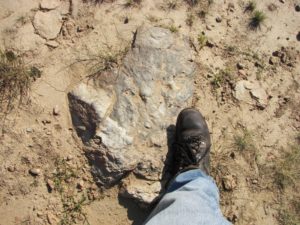 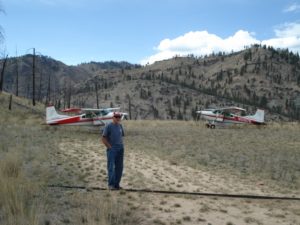 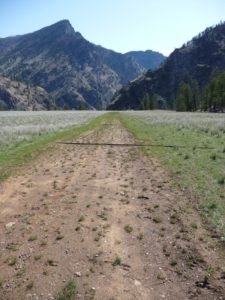 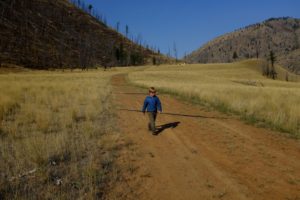 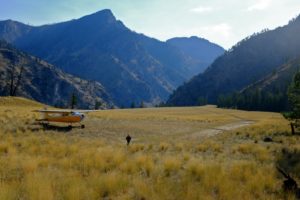 Cabin Creek airstrip is about 1.5 miles up Cabin Creek from Big Creek, nestled between mountains.  The…

Bernard is located on the Middle Fork of the Salmon river.  The surrounding terrain can be extremely…

The Flying B is the Jewel of our Ranches, we have something here for everybody and we aim to please! …