This is a very difficult 1200' long backcountry airstrip.  Go-arounds are not feasible.  Have an experienced pilot who knows the airstrip take you in the first time.

Camping is not allowed in the fenced runway area, but is permitted nearby at the Big Loon Camp on the mouth of Loon Creek.

Hotsprings are a rare attraction located about one mile south of the airstrip.  From the airstrip walk south toward the cabins and cross the bridge on Lower Loon Creek, and follow the trail for about a mile.  The pool is about 3'-4' deep and 10' by 20' wide.  The temp is approximately 120 degrees.

Due to the short runway length, it is possible to land and not be able to take off, especially in the summer.  A typical scenario is landing early in the morning when the air is cool and calm, walking to the hot tub, and then staying too long so that the heat and turbulence later in the day make it too dangerous to attempt a takeoff.  In a case like this, you would probably want to consider waiting until late in the afternoon or early the next morning to take off, when the air is again cool and calm.  Plan ahead and have camping gear available if there is a chance you might need to spend the night.  Taking off late in the afternoon can be a little tricky because the fading light and shadows result in fewer visual clues down in the canyons, especially if you have to do some low level maneuvering (see below).

Takeoff normally involves turning right immediately off the departure end and flying down the Middle Fork canyon toward lower terrain until sufficient altitude is gained to proceed to your destination.  After the right turn, there are tall trees within a quarter mile lining both sides of the river and if you can't clear them, then you can fly between them, over the river.  This will require some maneuvering turns at low altitude because the river has some fairly significant turns just downstream of the airstrip.

Lower Loon airstrip is also used to service rafters on the river.  Commercial operators fly in and out during the summer, typically early in the morning, so watch out for other airplanes.  There is a rafter camp about a quarter mile south of the airstrip and another one about a half mile north of the airstrip.  The rafters also like to use the hot tub and usually arrive there sometime around lunch and stay for the rest of the day and into the night.  Share the fun and maybe strike up some interesting conversations. 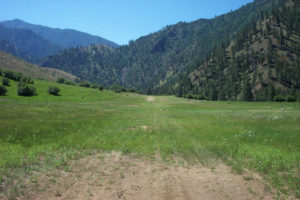 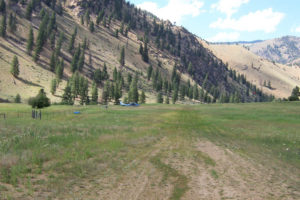 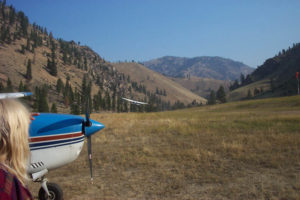 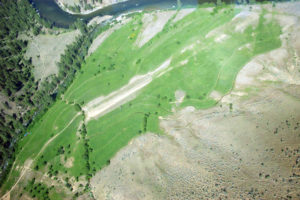 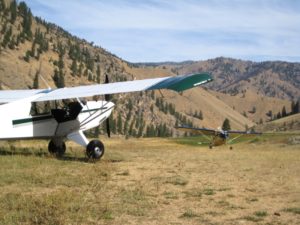 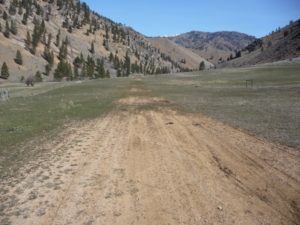 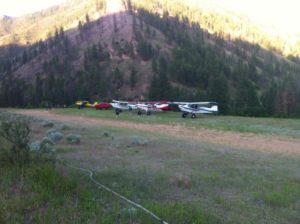 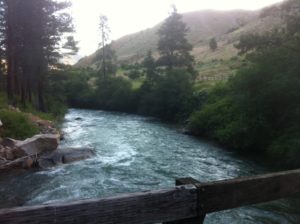 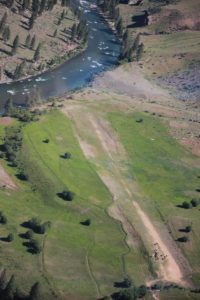 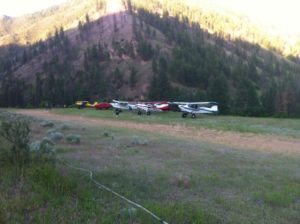 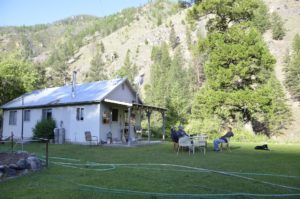 Falconberry is currently closed and is included for historic and emergency purposes only.   The condition is…

Thomas Creek is a state owned airstrip located in the Frank Church River of No Return Wilderness, between…