Lakeside State is a state maintained airport situated right in the town of Lakeside. It's just a short walk to one of a couple restaurants in Lakeside and about a mile walk to the west and across Highway 101 will bring you to the Oregon Dunes National Recreation Area. Usually there is great fishing in Ten Mile Lake. A great place to land on the coast if you like landing on grass. 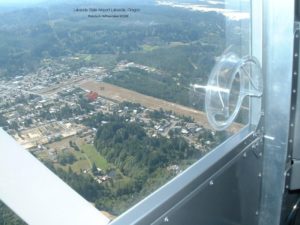 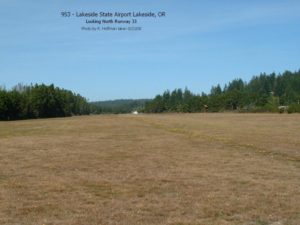 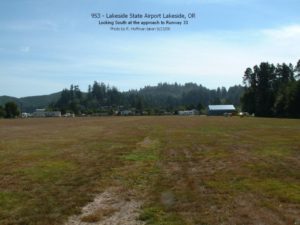 Nice strip for grass practice. Landed here 12-13-11 and it was in great shape.