Approach
Powers State Airport is a very easy and safe introduction to maneuvering in a valley below ridgetop level. The valley is very wide, but you get the sensation of having to maneuver as if you are in a tighter canyon like Johnson Creek. Preferred runway is 31, with left traffic pattern. Watch out for the sinking air just over the river before the cliff-threshold on rwy 31.

Runway
The strip itself sits right on the Coquille River, and although it is listed as 60 feet wide in the database, that is merely the width of the mowed runway in a very large field, so it feel very wide.

Camping
There are 2 mowed camping areas on the NE side of the runway. Sometimes portable toilets are there, sometimes not. Please sign the pilot register at the NW end of the field, as the state uses these to determine usage.The trail to the river has become overgrown. About midfield there is a dirt road down to the river. There is an opening off to the left of this road that you can use to bushwack to the river. Better river access may possibly be had at the north end of the runway, but please obey private property signs.

Services:
It's a short walk into town where you'll find Jack's Diner and a nice market/deli.

Powers does not have fuel. 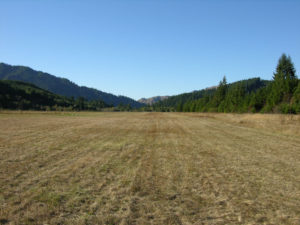 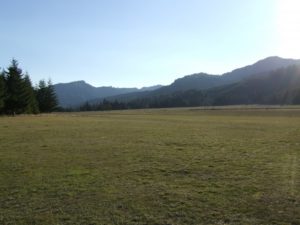 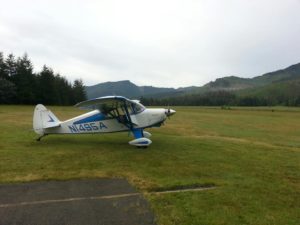 HALF MOON BAR, OR

This is a private airstrip and is closed to the public.

The strip is designated as emergency and private and is marked as closed (X on the end of the runway),…

This is a gravel bar located on the Illinois River in southwest Oregon, near the mouth of Lawson Creek.