Located at the confluence of the Idaho's Snake and Salmon rivers, Salmon Bar airstrip is unimproved.

Most approaches are upstream (to the south) and takeoffs downstream. Thresholds are  typically marked with white painted rocks.  There is a windsock mounted on a short pole located west of the runway approximately mid-field. The middle of the runway is higher than either end, making the runway appear shorter than it is while on short final.  Approximately first 40 feet of the south end of the runway slopes steeply toward the river and has at least one hole that might swallow nose gear.

Rocks and depressions on both sides of the runway - stay in the center of the runway on landing and check it out before taxiing to park.

There is unimproved camping on the river downstream from the runway and there is a pit toilet to the west of the runway.  Great big sandy beaches. 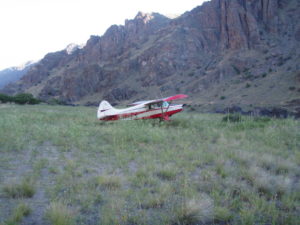 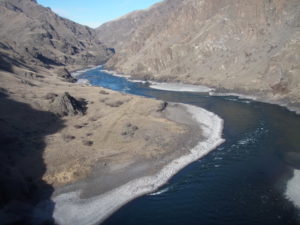 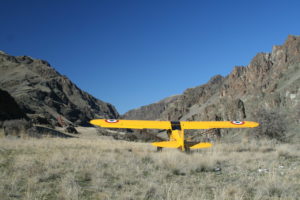 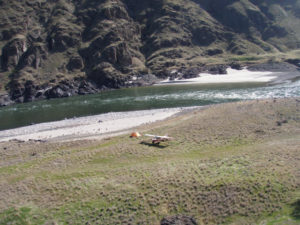 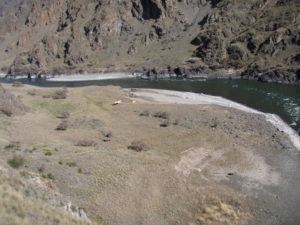 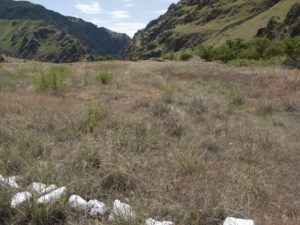 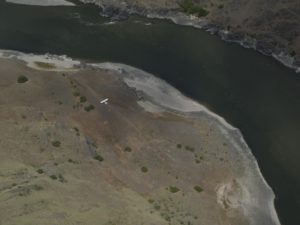 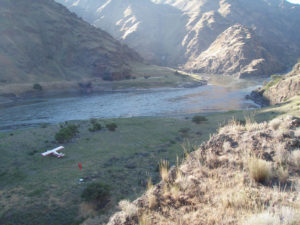 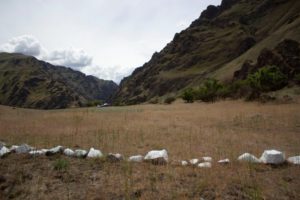 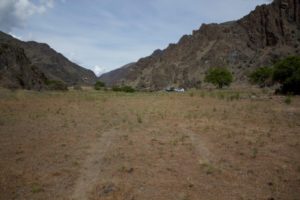 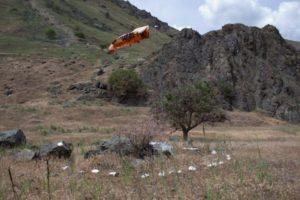 This is a privately owned property and the airstrip is CLOSED!  The condition is completely unknown, but…

Dug bar is a relatively long airstrip situated on the edge of the Snake. Folks willing to make a long drive…