There is a camping area about mid-field, on the south side of 7-25, and another one at the west end of runway 25.  Both are in the trees (shaded) and have pit toilets as well as chain tie-downs.  There are some nice views of Chamberlain Creek and sometimes wildlife can be seen off the bluff on the south side of the mid-field camping area (see photo).  The guard station usually has a ranger or two in for the summer.

Watch out for the white and black runway marker cones on runway 7-25 as they may be shifted a little to the south to ease wear on the old runway centerline.  If you are landing in the morning during the summer on runway 7, the glare from the sun can hide the cones.  On final approach, what appears to be the center of the airstrip, as judging from the distance between tree lines that border the strip, is not necessarily the center and may have cones in it.

The Stonebreaker Ranch is about 1.5 miles off the north end of runway 33.  A trail is visible in a slight embankment off to the right side of the end of runway 33.  Follow the trail (actually an old road bed) to the right and it will take you eventually north to the ranch.  There is an interesting old barn at the ranch with old tools and implements.  Sometimes the ranch is manned and you might get lucky and get a glass of lemonade and some conversation.

This is my first-ever experience with an error in Google Earth.  The satellite photo is clearly NOT Chamberlain Basin airstrip.  Look at the aerial photos on this site and compare them to the satellite shots from GE...pretty interesting and a good reminder that not even Google always gets it right.  I noticed this several years ago before a flight to Moose Cr.  I thought the satelliite shot was wrong and then confirmed it on my flight.  I have no idea which airstrip is in the GE shot...

Nice descriptive entry- thanks. Yes, very odd on the Google earth image.  What is shown, is in fact Chamberlain, but the east side of the East/West runway and the South side of the North/South runway was swallowed by their incorrect "stitching" of the satellite images. Wow!  Didn't realize the stitching could be that problematic. 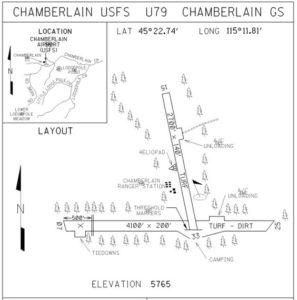 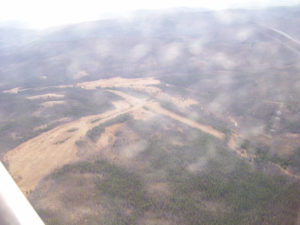 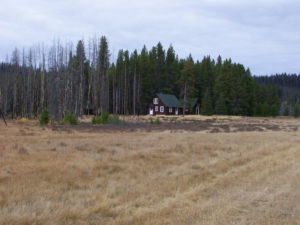 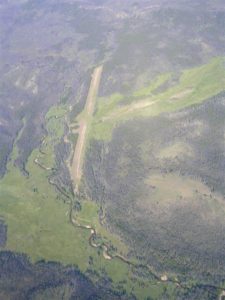 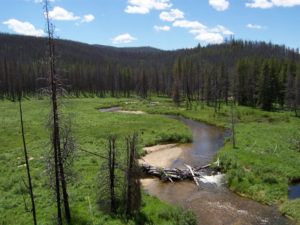 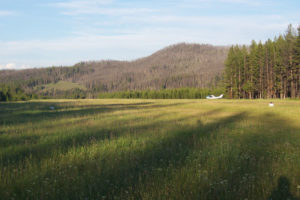 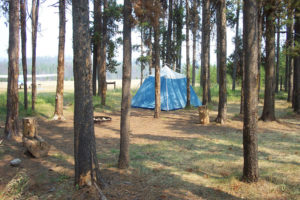 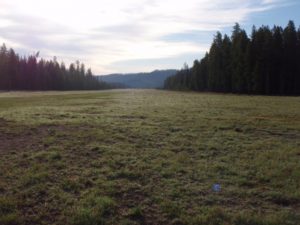 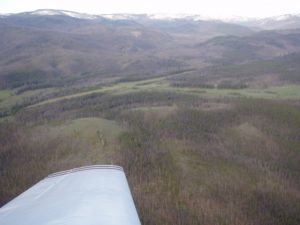 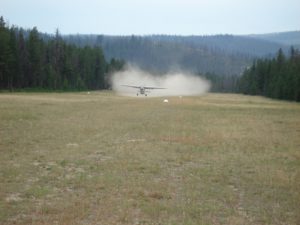 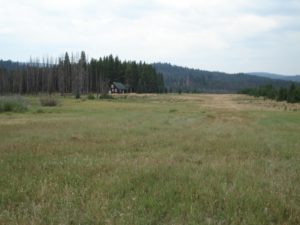 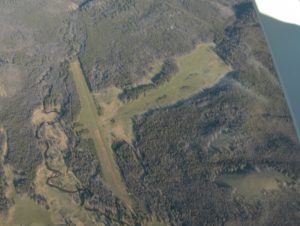 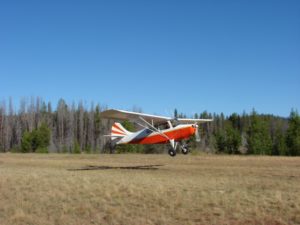 The Root Ranch is located 48 miles west of Salmon, Idaho in the heart of the Frank Church Wilderness Area, in…

This is a private airstrip.  Do not land without permission.More information from their website:…

This is a private airstrip located on Idaho's Salmon River.  Do not land without permission unless…