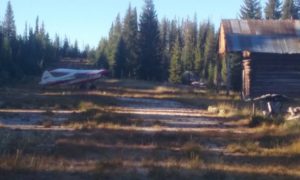 This Forest Services strip is located approximately 3 miles from Dixie Town, in a valley above the Salmon…

From their website:Shepp Ranch, a guest ranch in Idaho, is located in the Gospel Hump Wilderness of…

Located three miles NE of the USFS Dixie airstrip, this airstripo is situated one block from the Dixie's…